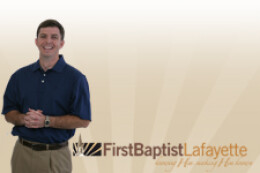 Series: A Walk Down the Roman Road

Introduction: We are using the phrase, “The Roman Road” to take a brief tour of some of the major life lessons from Romans.  Today, we use Romans 10 to try to help answer some of those questions that keep some from placing their faith in Jesus.

Hand-washing among doctors, I trust, is an essential habit, but that was not always the case.  Ignaz Phillip Semmelweis, born in 1818, is the doctor credited for being the first to argue for hand washing.  Even the finest hospitals in the world lost one out of every six young mothers to what doctors called “childbed fever.”  Semmelweis, took notice that a doctor’s daily routine began in the dissecting room where he performed autopsies.  From there, he made his way to the hospital to examine expectant mothers.  He began to practice washing in a chlorine solution before his examination routines.  In 11 years, he had delivered 8,537 babies, losing only 184 or about one in fifty instead of one in six.  He argued time and time again with his colleagues.  On one occasion, he debated, “I have proved all that I have said.  But while we talk, talk, talk, women are dying.  I am not asking anything world shaking.  I am asking you only to wash…wash your hands!”

Unbelievably, in his day, almost no one listened.  The medical community of his day had been delivering babies for years and one Hungarian doctor was not about to change their minds.  Dr. Semmelweis died, insane, at the age of 47.[1]

We see in Romans 9-10 that Paul had similar feelings for his native people, the Israelites.  For years, God pleaded with the Israelites to follow Him.  But, they had missed the message.  They had missed the message that a relationship with God is based on faith and not works.  Now with the advent of Christ and the death and resurrection of Christ, the message remained the same.  Salvation is by faith and not works.  No one is good enough.  Yet, hardening their hearts to the message, they remained dead in their trespasses and sins.  Much of remained spiritually dead and were destined to be physically dead and then apart from God for all of eternity.  They had hardened their hearts against the message of truth.  They had hardened hearts from a lifetime of rejecting the truth.

My guess today is that all of us know somebody, in many cases a loved one, a spouse, a child, a friend, who is hardened by a lifetime of rejecting the truth.  Perhaps, even today, you sit here, hardened by a lifetime of rejecting the truth.  The hardened heart is a result of your rejection of God.  Perhaps the reason that you and others have rejected Christ is the result of questions that remain unanswered.  Does the Bible answer any of your questions?  I think so.

Before we begin, let me say two very quick things.  First, it would be naïve to think that we could answer every question from one text of Scripture and/or that we even had the time to do so.  Second, I must tell you that Romans 9-11 is among the most challenging chapters of the entire Bible.  But, here we go!

Question #1:  The Question of Sincerity

How can Christians say that only those who believe in Christ have eternal life?  Isn’t there some bit of truth in all religions or philosophies?

The Answer:  Christ proclaims the singleness of authority for salvation (10:1-5)

Text: 1 Brethren, my heart’s desire and prayer to God for is that they may be saved. 2 For I bear them witness that they have a zeal for God, but not according to knowledge. 3 For they being ignorant of God’s righteousness, and seeking to establish their own righteousness, have not submitted to the righteousness of God. 4 For Christ is the end of the law for righteousness to everyone who believes.  5 For Moses writes about the righteousness which is of the law, “The man who does those things shall live by them.”

The Error of Sincerity—As someone quipped, “You can be sincere, but sincerely wrong.”  had a zeal (v.2), but not according to knowledge.  They went about trying to establish their own righteousness.  Every religion is sincere.  Every philosophy is sincere.

So, sincerity is not the answer.  As I said last week, if there is another way outside of Christ, that begs the question, “Why did Christ have to die on the cross to reconcile us to God?”  In this, Christ, put an end (v. 4) to the law.

Question #2:  The Question of Simplicity

The Answer:  Christ provides simplicity of acceptance for salvation.

Text: 6 But the righteousness of faith speaks in this way, “Do not say in your heart, ‘Who will ascend into heaven?’” (that is, to bring Christ down from above) 7 or, “‘Who will descend into the abyss?’” (that is, to bring Christ up from the dead). 8 But what does it say? “The word is near you, in your mouth and in your heart”(that is, the word of faith which we preach): 9 that if you confess with your mouth the Lord Jesus and believe in your heart that God has raised Him from the dead, you will be saved. 10 For with the heart one believes unto righteousness, and with the mouth confession is made unto salvation. 11 For the Scripture says, “Whoever believes on Him will not be put to shame.” 12 For there is no distinction between Jew and Greek, for the same Lord over all is rich to all who call upon Him. 13 For “whoever calls on the name of the LORD shall be saved.”

Not Simplicity of Salvation—Be Careful what you call simple.  Salvation is not simple.  It is not easy.  In order for God’s plan for salvation to unfold several things had to happen.  (1) Prophets prophesied for years about the coming Messiah, even giving specific details of his birth, his life, his death, his resurrection, his return.  (2)  The Virgin Birth of God as man, Jesus!  That is, God subjecting Himself to the filth of this world.  (3)  The Cruel Death on a Cross taking upon Himself the sin of all people of all time—past, present, and future.  (4)  Death—Real Death  (5)  Resurrection.  Be careful what you call simple.  Your salvation is not simple.  Christ took on your sin and died in order for you to be reconciled to God.

Simplicity of Acceptance—There is however the simplicity of acceptance.  (vv.9-13)  There are three things here.  (1)  Confess that He is LORD.  (2)  Believe that God raised Him from the dead.  (3)  Call on Him.  You will be saved.  Everyone can be saved.  Every one has time.  Remember the thief on the cross.

Question #3:  The Question of

The Answer:  Christ promises a solution for advancement.


“ How beautiful are the feet of those who preach the gospel of peace,
Who bring glad tidings of good things!”

16 But they have not all obeyed the gospel. For Isaiah says, “LORD, who has believed our report?” 17 So then faith comes by hearing, and hearing by the word of God.
18 But I say, have they not heard? Yes indeed:

“ Their sound has gone out to all the earth,
And their words to the ends of the world.”

19 But I say, did Israel not know? First Moses says:

“ I will provoke you to jealousy by those who are not a nation,
I will move you to anger by a foolish nation.”
20 But Isaiah is very bold and says:

I confess this is not an easy question.  I think we must admit that we don’t have all the answers here, but since it is such a good question, let’s deal with it in reading just one important verse.

Ravi Zacharias says about this verse:  “God knows where we will be born and raised, and he puts us in a position where we might seek him.  We are clearly told that wherever we live—in whatever culture, in whatever nation—he is within reach of every one of us.  There is always the possibility of a person crying out on their knees, ‘God, help me,’ and if that happens there are ways in which God can minister to them that are beyond our understanding.”[2]

A Word to the Believer—There should be in us a sense of urgency to go to those places that have never heard.

You may have seen the movie, Beyond the Spear.  It’s the movie of the five missionaries speared by natives of in the 1950’s.  You are familiar with the name Jim Elliott who was one of those five missionaries.  In for me the most poignant moment of the movie, Nate Saint, one of the five, was having a conversation with his young son, probably 8 years old or so at the time.  His son, Stevie Boy, says, “Dad, promise me one thing, if the Waodani attack, please would you defend yourself.”  Fighting back tears, Steve asks, “You will shoot, won’t you Dad, if they attack?”  Nate, himself fighting back tears says, “Son, we can’t shoot the Waodani.  They’re not ready for Heaven, but we are.”

Question #4:  The Question of Believability

The Answer:  Christ pursues every soul with His agape love.

“ All day long I have stretched out My hands
To a disobedient and contrary people.”

What about those who have not believed?  God pursues.

I heard a story about woman who was driving home one evening when she began to feel as though she was being followed by an 18 wheeler.  She sped up and the truck sped up.  She made a few turns and the truck made the same turns.  Reaching panic, she whipped her car into a service station, bolted out of her car, screaming.  The truck driver sprang from his truck, opened the door, and pulled out a man hidden in her back seat.  The woman was running from the wrong person.  The truck driver, sitting high above, could look down and see this would-be attacker.  He chased her not to harm her, but to save her.  God does the same thing.[3]  Let Him catch you.  He is trying to save you.